Impressions from a Lost World

2018 Award of Merit winner from the AASLH, this website explores the mid-19th century discovery of strange, 3-toed footprints, later understood as dinosaur tracks, in the Connecticut River Valley in Massachusetts and Connecticut. The significance of this first scientific discovery extended far beyond the emerging scientific community, with implications that had a profound effect not only on science but also on American religion, arts, and culture.

The primary content of this site is told in six stories. Each story begins with an introductory page that was lavishly illustrated by local artist Monica Vachula. Monica did exhaustive research to ensure that her paintings were historically accurate. 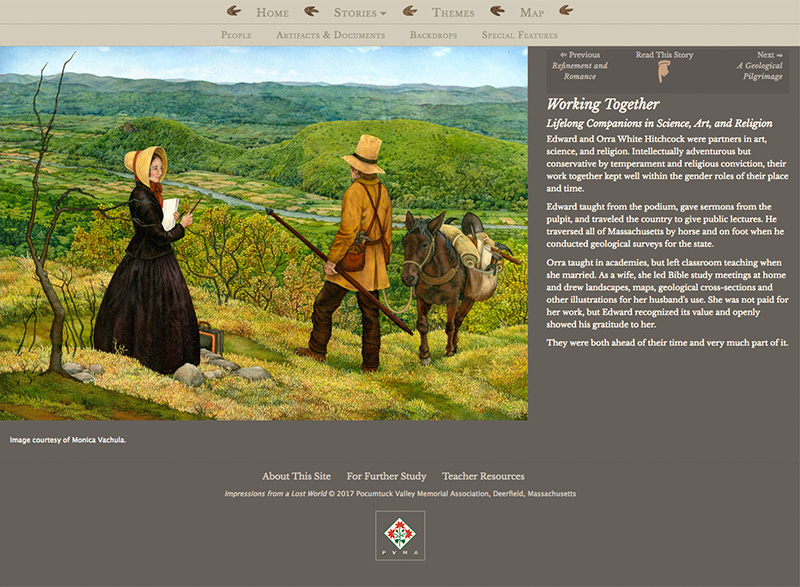 The protagonist of this website is Edward Hitchcock who, among many other professions, was a cartographer. He created the first geologic map of Massachusetts. The interactive map feature lets viewers overlay various historic maps onto present-day roads and terrain and then plot sites on it. 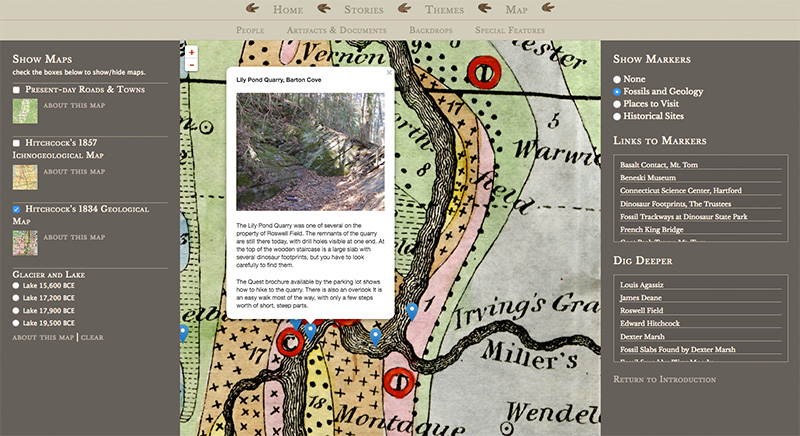 This activity challenges the user to closely observe fossil trackways and identify the dinosaur footprints. It's harder than you might think! This and other interactive features are fully HTML5 compliant and run on current browsers and mobile devices. Created with a combination of SVG, jQuery and D3. 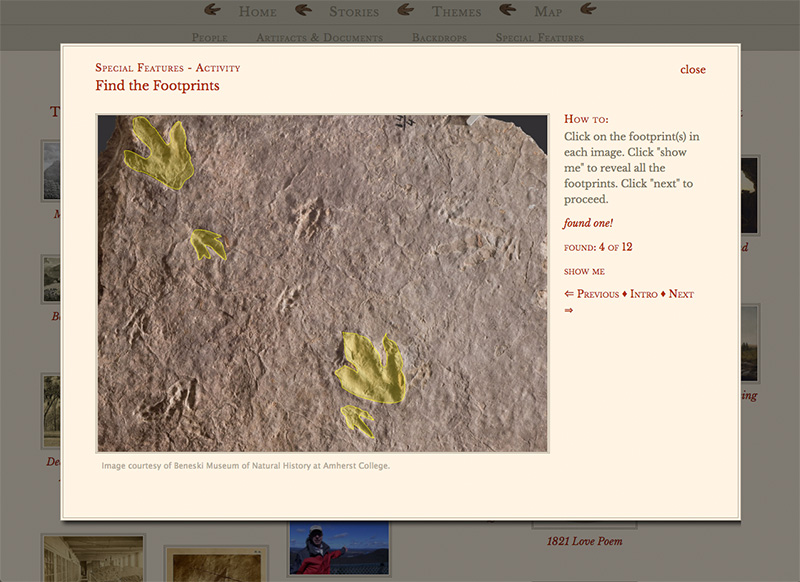